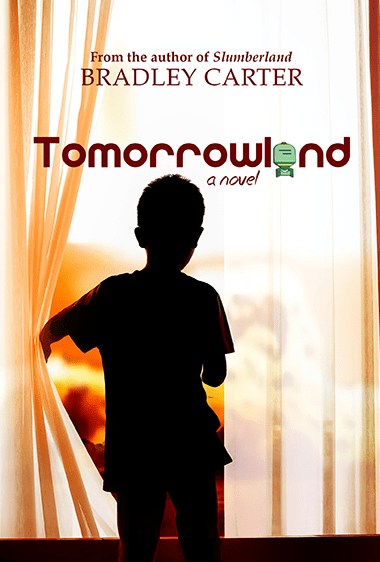 A stand-alone novel and a darker sequel to Slumberland.

HOW DO YOU DECIDE WHO’S EXPENDABLE?
Acclaimed author Bradley Carter takes you inside the mind of an eight-year-old boy who acquires a genius intellect after surviving a freak accident. Battling insomnia with the clock ticking toward insanity, Roland Coyne spends each waking day and night trying to unravel a shortcut to power, wealth, and success – even if his ambitions have dangerous consequences for the innocent people around him. Will this child make the right decisions? Or will his quest for prestige be their undoing? With twists and turns in each chapter, Tomorrowland is a captivating and thought-provoking novel that will keep you hooked until the very last page. 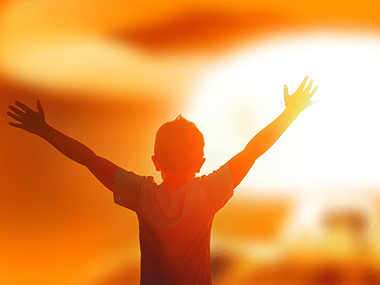 “My name is Roland Coyne, and I just turned eight years old. I’m the main character in a new book called Tomorrowland, written by Bradley Carter. It’s a stand-alone sequel to his fourth novel, Slumberland, and will be available in spring of 2023.”

“The only way I was going to write a sequel to Slumberland was if I could make it darker and more intense. The basics of Roland’s story were simple. This eight-year-old boy can understand the universe around him, much like Sierra Preston in the first book. The plan for her story was to take this perfect life and bring it down a notch or two.
With Tomorrowland, I had to go deeper. Much deeper. So, what kind of power would this little boy obtain? I wanted to give a child, in all his innocence and decency, access to a divine, destructive hand.
Trust me; you will better understand what I’m talking about when you finish this book.”

The delivery went without complication, but oddly enough, Roland didn’t cry, not even while the nurses cleaned him up. His pediatrician went so far as to use the older stimulation method by holding him upside-down by his ankles and smacking his tiny butt. Much to everyone’s relief, the spanking worked, but when his mother cradled Roland in her arms, he looked up at her with the saddest little pouting face, like he didn’t know what he did wrong to deserve it.

When I picture him this way, I see a blurred face with no definitive features. The hideous profanities are distorted and off-tone when I imagine Roland’s voice and scolding tongue. He’s not my baby. He’s not my precious little boy. He’s a stranger—the son of someone else.

No one can see the future, precognition isn’t real, and a crystal ball is nothing but a decorative prop. You can retrace your steps through history, but the road ahead is pitch black.
What if you could find the path of least resistance, like electricity? What if the key to success is nothing more than a set of instructions, an algorithm to access the best life has to offer? An order of the right people to meet, the best places to go, and the most productive things to do, all specifically laid out like a roadmap to happiness?
What if it’s that simple?

“It’s not fair,” he says.
He looks at Leon and Jasmine.
He looks at each neighbor.
He looks at Daniel and then at me.
“I get to live,” he says, “but you die.”
Roland lowers his head and turns to walk back home.
“All of you, everyone here, you’re all dead.”

During the brief echo of nothing, my heart sank like the Titanic, crumbling into what felt like a million shards of ice. I didn’t mean to intrude. All I wanted was to understand and possibly offer my help. Instead, I was a nuisance—unloved, unappreciated, and in the way.

Death always seemed like a fantasy, a made-up fairytale that tricks people into appreciating what they have.

[He] stands there, gawking, breathing through his mouth with a dumbfounded look on his face. Of all the words in the English language, of all the phrases people use to react to catastrophe, only one spills off his tongue.
“Oops.”
I face him with a quizzical expression and ask, “What do you mean, ‘Oops?’”

Then, Cecil mentions a case this city is all too familiar with, and one I would have considered had it come to mind. The story of our local weather girl turned primetime newscaster, Sierra Preston. After surviving a lightning strike, she discovered the ability to solve complex math equations while also suffering from insomnia. Cecil tells me she nearly went insane from sleep deprivation. Luckily for her, the gift (or curse) eventually passed when she discovered its purpose by predicting a potentially deadly storm although everyone else said it was impossible. She turned out to be a hero of sorts, but I’m curious; what price does someone pay for heroism?
What worries me is, unlike Sierra, Roland may not plan on using his talent for the good of others. He’s not predicting a storm, curing illness, or developing new technology to advance the human race. According to his parents, whatever this little guy is trying to uncover, doesn’t involve anyone but himself. From what his father told me, Roland lacks empathy, and it’s concerning he may become a threat.